Full Name
Gretchen Whitmer
Job Title
Governor
Company
Michigan
Speaker Bio
Gretchen Whitmer
Governor
State of Michigan
Session:
Governor Gretchen Whitmer is a lifelong Michigander. She is a lawyer, an educator, former prosecutor, State Representative and Senator. She was the first woman to lead a Senate caucus. But the most important title she boasts is MOM. Inspired by her family, she’s devoted her life to building a stronger Michigan for everyone.
Governor Whitmer was elected to the House of Representatives in 2000 and elected to the Michigan State Senate in 2006 where she served as the Senate Democratic Leader. In the 2018 gubernatorial election, Governor Whitmer won all 83 counties in the primary and won the general election with 53 percent of the vote. Since taking her oath of office, she has put together the most diverse cabinet in our state’s history and has signed executive directives to clean up our drinking water, end discrimination in state government based on sexual orientation and gender identity, secure equal pay for equal work, and expand opportunities for small and disadvantaged businesses.
Governor Whitmer is committed to solving the problems Michiganders face every day. That means ensuring every Michigander has a great public education and a path to a good-paying job, every community has clean, safe drinking water, and everyone can drive to work or drop their kids at school safely, without blowing a tire or cracking a windshield.
Governor Whitmer and her husband Marc Mallory live in Lansing with her two daughters, Sherry and Sydney. Her three stepsons, Alex, Mason, and Winston all live in Michigan as well. Governor Whitmer earned a bachelor’s degree and law degree from Michigan State University. Born and raised in Michigan, Gretchen Whitmer is honored to serve as Governor of Michigan.
Speaking At
A Conversation with Governor Whitmer - Coming together in a Tumultuous Era
Twitter Handle
@GovWhitmer 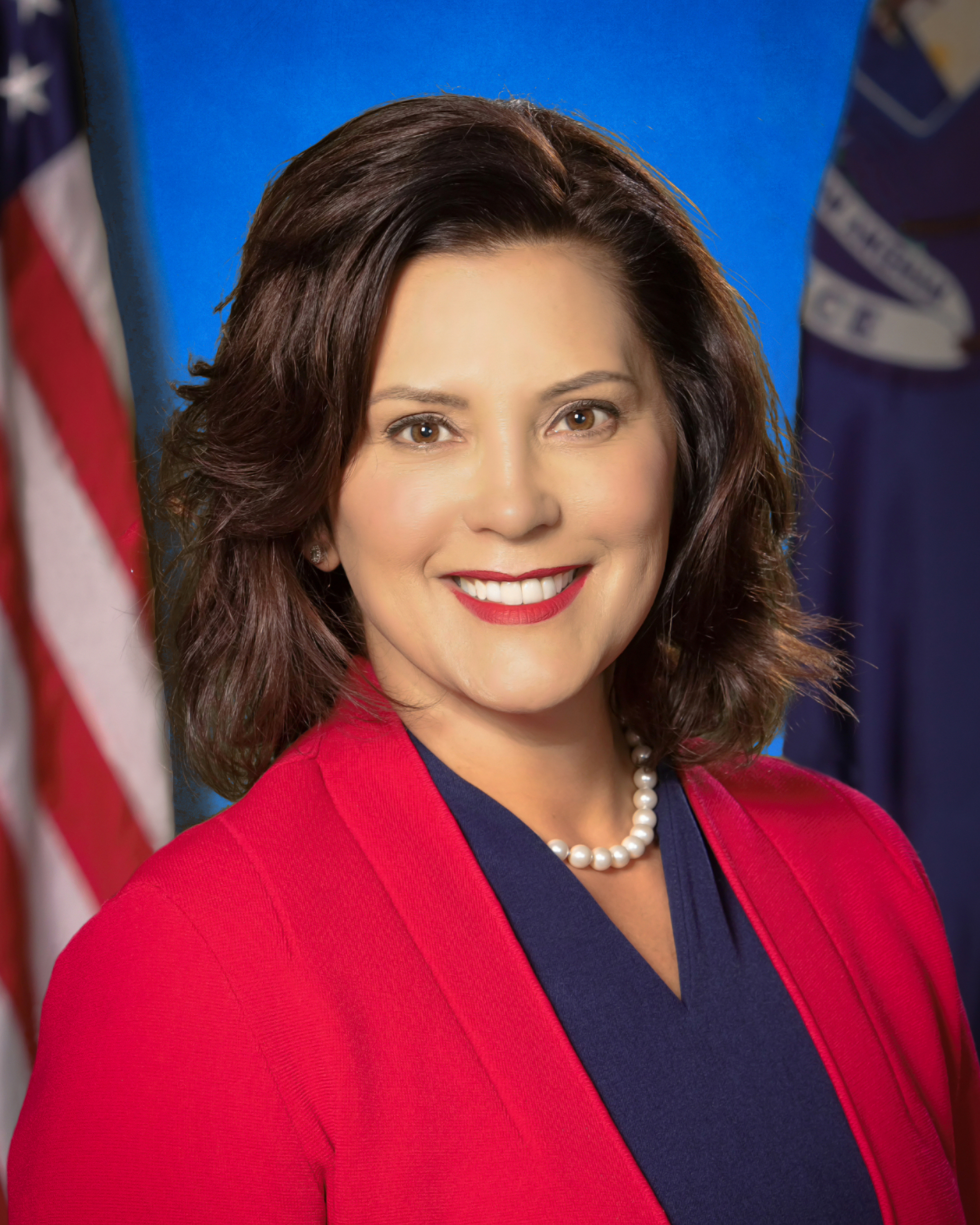